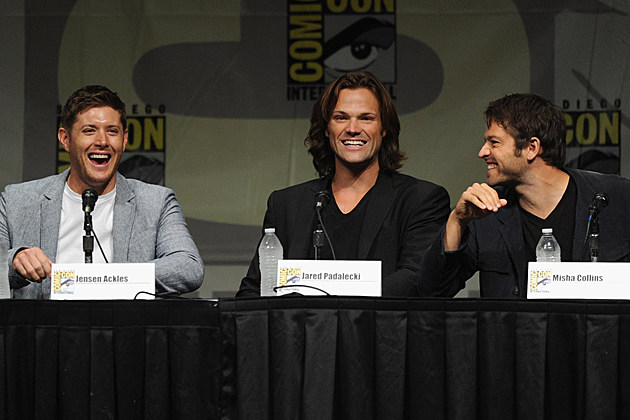 It’s ‘Supernatural’ just how much we love this show and we wouldn’t be anywhere else but Hall H for the Comic-Con 2012 panel.  So, onto the big questions!  Will Dean get out of Purgatory, after season 7 finale “Survival of the Fittest” saw him stranded there with Castiel?  What’s up with the new lady in Sam’s life?  Will Jim Beaver’s Bobby be back?

All these and more answers await you, so check out what we learned from the ‘Supernatural’ season 8 panel at Comic-Con 2012!

Be sure to tune in for ‘Supernatural’ season 8 this fall, and keep it here for all the latest developments from Comic-Con 2012!

Filed Under: Comic-Con, Comic-Con 2012, Supernatural, The CW
Categories: TV News
Comments
Leave A Comment
Back To Top
The Most Misquoted Movie Lines in History